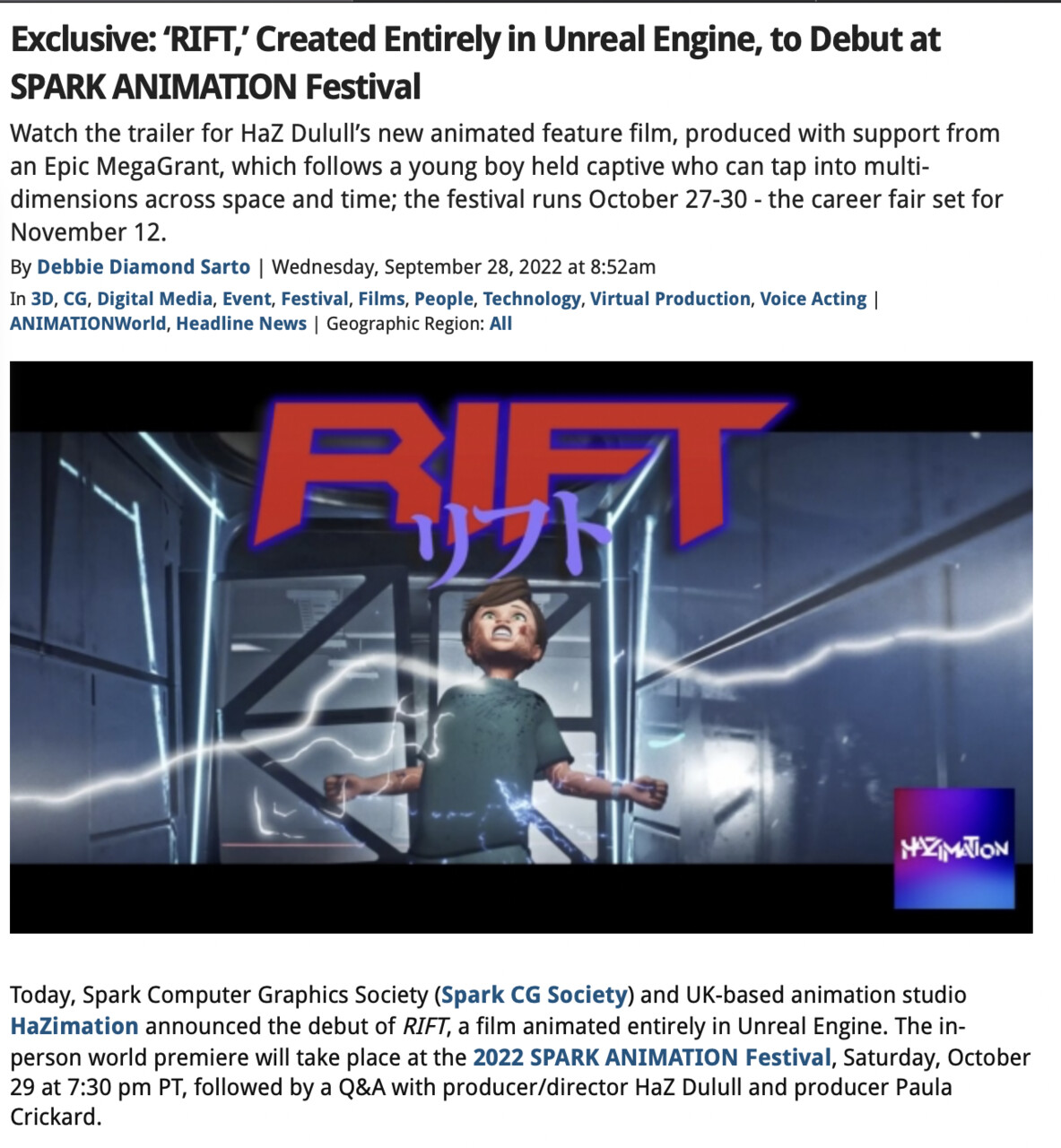 HaZimation teams up with Jumpcut to bring Action heroes in Web3 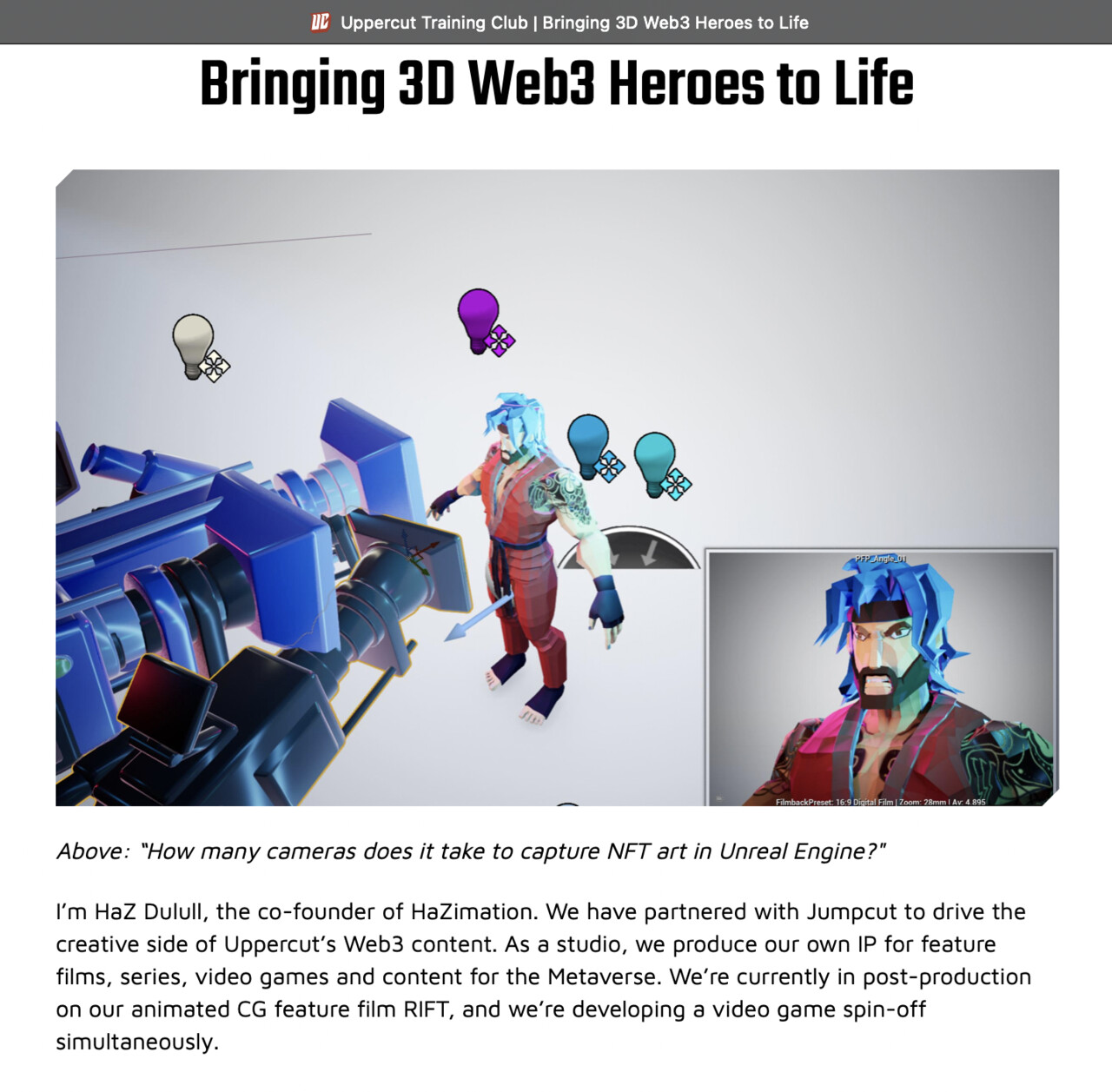 ﻿Super proud that we have hit our first milestone, our game is now on Steam with a Wishlist / coming soon page.

We will be adding updates about the game and additional dev logs / screen shots etc via this page over the coming months.

Check it out / wishlist via Steam: 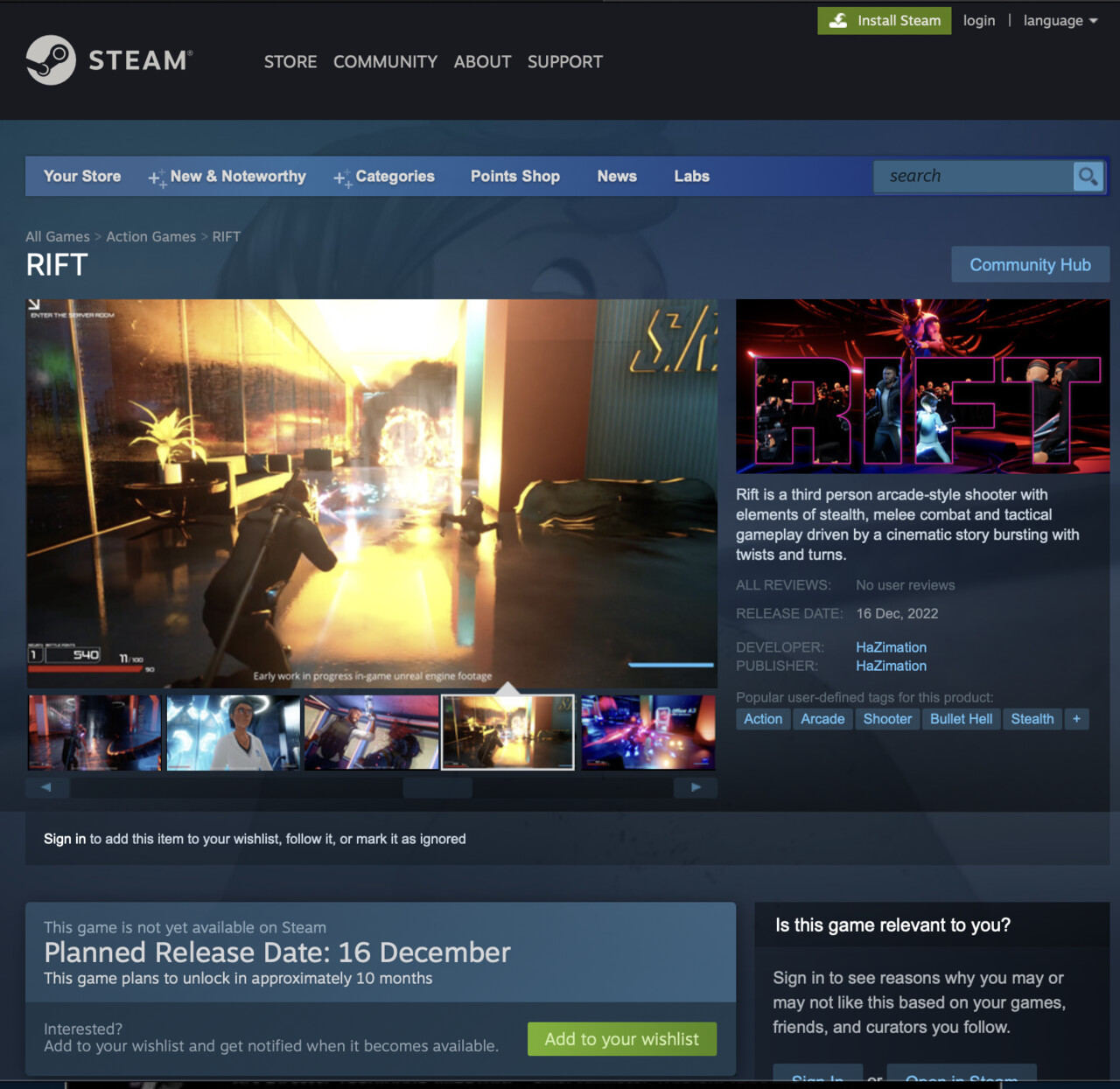 RiFT featured in Epic's Showcase of Awesome games of 2022

We are so chuffed that our game RIFT is featured in this spotlight showcase by Epic Games .  We are so honoured to be amongst these awesome games / developers!   Stay tuned for more updates of RIFT the game.

Press release announcement of the launch if HaZimation

Brit producers HaZ Dulull and Paula Crickard known for the indie sci-fi hit THE BEYOND, launches HaZimation to focus on animated feature films, Video games and the Metaverse.

The new outfit is already busy in production on sci-fi action animated feature film RIFT. The film is fully financed through private equity and tech sponsorship with additional support via Epic Games Mega grant. A video game spin off is also in the works and will be announced later this year with a gameplay trailer.

HaZ Dulull -  “The Cross pollination of the animation and video game mediums via our Unreal Engine pipeline has allows us to focus our business of IP creation and filmmaking in a much more accelerated approach than previously, and allow the longevity of our IPs to stretch across linear to multi-branch storytelling, and then expand further into the Metaverse”

HaZ Dulull started his career in Video games and then swiftly into Visual Effects before transitioning to film directing / producing with his feature films THE BEYOND and 2036 ORIGIN UNKNOWN both licensed to Netflix, as well as directing episodes and serving as an EP on Disney+ mini series FAST LAYNE.

Paula Crickard’s early career spanned production for Killer Films in NYC and distribution for Wild Bunch Sales where her clients included Ghibli Studios. Having produced several feature films including THE BEYOND for HaZ Film, Paula also heads up UK side of operations for Nu Boyana Studios whose titles include JOLT, HITMAN”S WIFE BODYGUARD & THE PROTEGE.